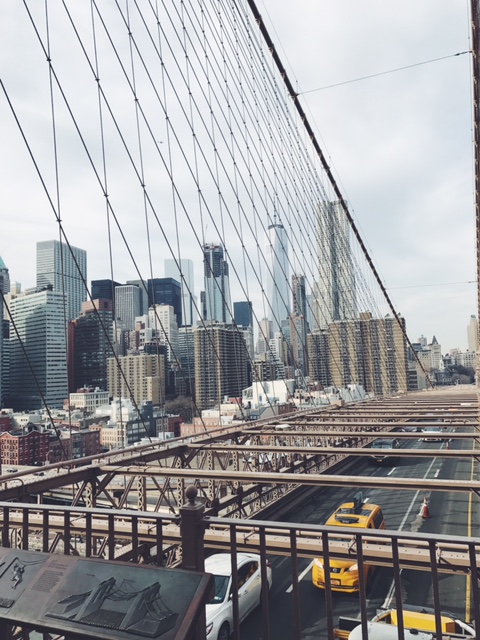 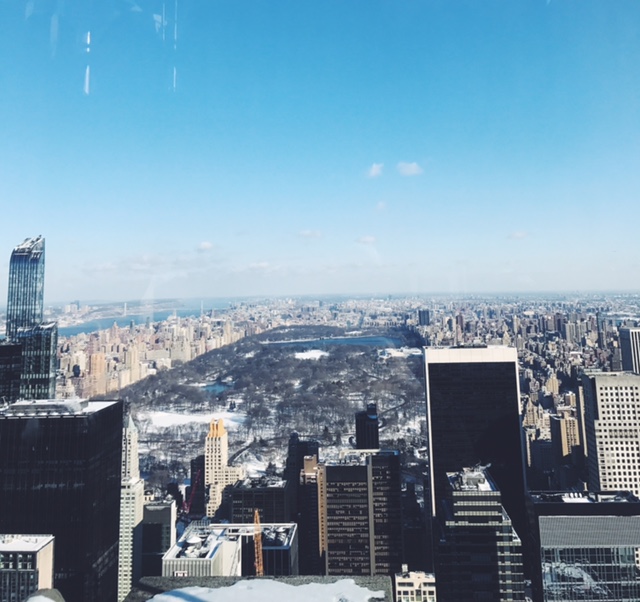 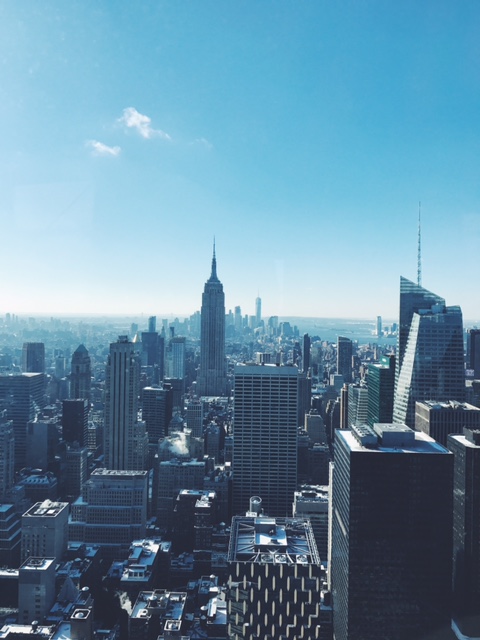 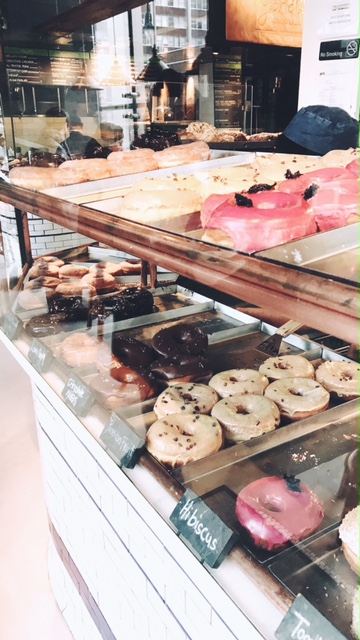 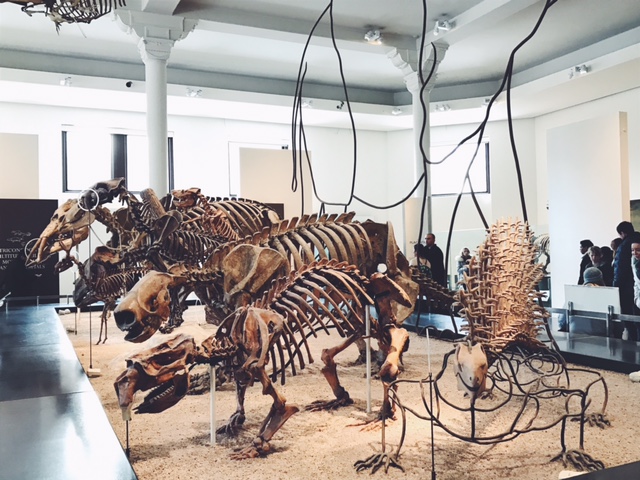 On Sunday, we started the day with amazing views from the top of The Rockefeller Center. It was really cool and pretty much made my trip. I heard that NYC has the best donut spots, so we went to Dough (which happened to be in the building of our hotel) for breakfast. I had a hibiscus donut and it was amaze. I am not a big sweets-for-breakfast person. I can’t remember the last time I had a donut! But it was worth the calories. We spent the rest of the day uptown at The Met and The Museum of Natural History. They were cool, but we both decided we checked those boxes and have no desire to go back. Ha!

In the morning we had breakfast at Junior’s on Broadway, which was really good, then I think we just walked around and relaxed. In the afternoon it was time to head back to The Rock, because Nate scored us tickets to see Seth Meyers live! It was really cool to see what goes on behind the scenes of a late night talk show. The stage we were in was right next to where they film Saturday Night Live, so we got a little peak in there! It was all very secure though and photos were not allowed. I feel like I have no proof I was even there. Except maybe you can see us in the audience if you watch the Jan. 9th episode! After the show, we went to McGee’s for a late dinner. This is the pub that the How I Met Your Mother creator’s modeled McLaren’s after! So being a huge fan, I had to check it out. They had a special HIMYM menu and I ordered the “No Questions Asked”. 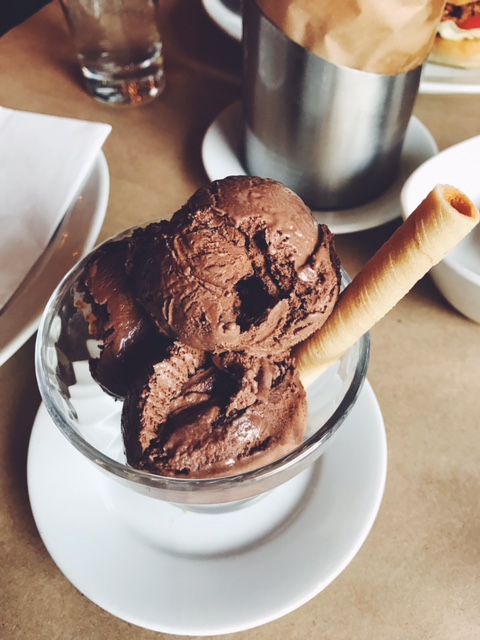 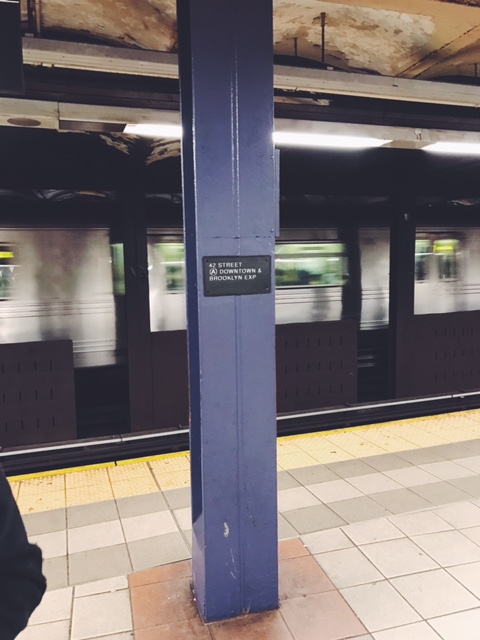 Tuesday was our last day in Manhattan, so after a late brunch/lunch at 5 Napkin Burger in Hell’s Kitchen (I had a random craving for ice cream!), we decided to head uptown since we hadn’t spent enough time wandering around there. The Upper West Side had the coolest walk-ups. I was obsessed. We also checked out a little more of Central Park. When we decided we had seen enough, we hopped the subway to our Airbnb in the Bed-Stuy neighborhood of Brooklyn. For dinner we went to Gran Sasso in Williamsburg and it was the best italian ever. I loved the vibe there. It was very home-y. 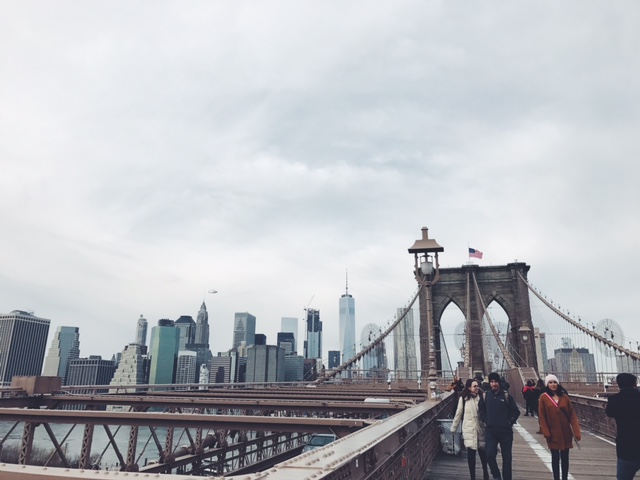 Before our flight on Wednesday, I had just two requirements: Try a rainbow bagel from The Bagel Store and walk across the Brooklyn Bridge. Both were really amazing. The weather warmed up to a nice 50 degrees for my walk across the bridge. It was the perfect day to see it! That wraps it up for our NYC trip. I had the best time and can’t wait to go back 🙂