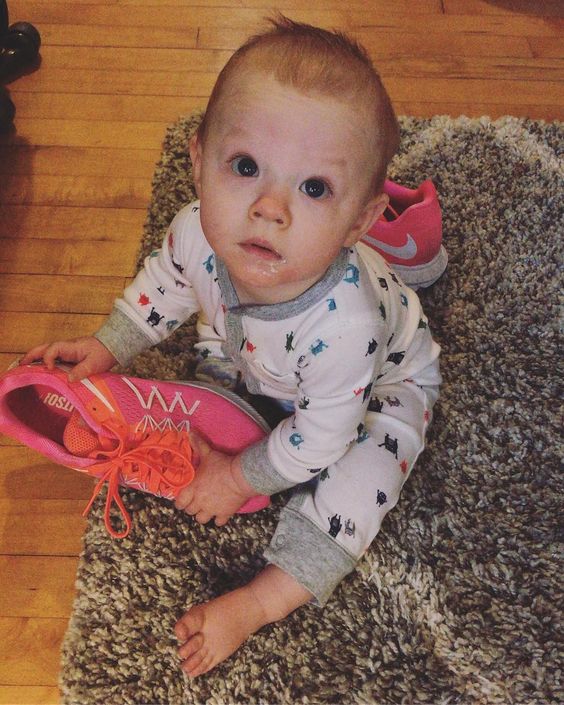 {Spit up remnants and playing with something I’ll have to take away because he’ll chew on it. And not even 7am}

Mom’s: how hard do your eyes roll when you see an endless feed of picture-perfect family photos on social media? Now that I’m a mom, I know the real behind the scenes action…it’s spitting up, refusing to nap despite considerable whining and yawning, and slapping spoonfuls of pureed veggies out of mom’s hand resulting in green splatters on the kitchen walls. I post a lot of photos of my adorable little man doing the cutest things, and he is pretty damn cute if I do say so myself, but he can be a handful too like any baby and not all moments are so adorable. Today was one of those less-than-adorable days. Clifford was spitting up constantly (he’s a notorious “happy spitter”, but we thought we had gotten through the worst of it until today happened), he only wanted to stare at the kitchen tiles during mealtime making feeding him his solids impossible, he tipped over my coffee, took an hour to go down for his nap, and was constantly crawling for something he shouldn’t have while I was trying to work.

Motherhood is frustrating sometimes, but I’m beyond lucky to call that little boy my son. Nate and I went through loss in our quest to become parents and I am grateful every single day that I was able to become a mother. Especially to such a healthy, beautiful kid who gives me “kisses” on the cheek when prompted. He cracks me up and I live for his giggles, curiosity, and baby babbles. At the end of the day, we should feel lucky our biggest frustration is just baby spit up.